We only had the coach for a couple of months and were on a weekend outing to east Texas when we noticed the plastic cover for the Power Guard had melted. This was when we first realized we might have a problem. Before this happened we had a recurring overpower/over temp red light on the inverter when hooked up to shore power. This would go away when I would disconnect and reconnect to shore power. Also, on at least two different occasions we had to reset the power guard button.

Fleetwood's initial response was this was not a warranty item. They said the only way this could have happened was if we had hooked the coach up to 220 power. Of course, this was completely ridiculous! From our prospective, the dealer did a great job of working with Fleetwood to convince them that this was a warranty item. Although it took two weeks to convince them, Fleetwood finally did agree to cover the repairs.

In the end we never really got a good explanation as to the cause. But it appears to me that there was a short in the junction box behind the Power Guard switch.

If anyone has any thoughts or comments, we would be very interested in hearing them.

Here is a picture: 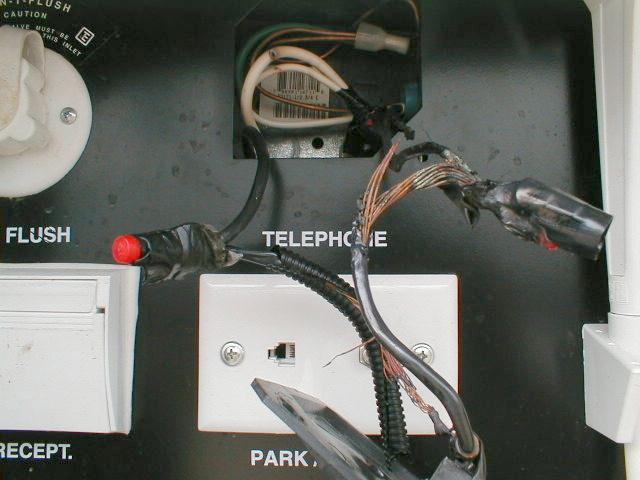