NOTE: Pictures are at the end of the article. Click on the picture for a larger view.

This article describes replacement of the hydraulic pump of the Power Gear Leveling System. Specifically, it deals with the replacement on a 1997 Discovery 36RS but the information is probably of use for the system on later models.

The 1997 Discovery has the Power Gear Leveling System with 4 jacks and the square fluid tank. The design of this system and its components has been changed several times since 1996 and many system components are no longer available. This article deals with such a case. (The Power Gear web site www.powergearus.com has some info on system changes over these years and their Tech Support, 800-334-4712, can provide additional info.

When our pump failed the motor ran fine but with no apparent load and the jacks would not go down. Power Gear techs correctly diagnosed the problem as a broken drive/impeller gear in the pump. According to PG the gears are fragile and will fail quickly if they get hot. I still don't know what caused ours to fail, but this is about the fix.

The PG techs quickly told me the components for my system were no longer available and I'd have to buy a new "power system" (everything but jacks & hoses; about $2,400) or get one from a salvage yard. (I was unable to find a system among the "junkies" who deal with RV parts.) Seems that for years the PG and supplier engineers held a strong position that the motor-port plate-pump assembly was a "matched assembly" (PN 13-1088), and it was no longer available. However, the engineers recently agreed to make the current pumps available separately - but Tech Support didn't think the available pump would fit our old unit. We agreed I'd buy the pump but could return it if it didn't fit. The new pump Part Number is 800301 ($283.40 + tax and shipment). There are no markings on the pump to identify the actual manufacturer.

The toughest part of the replacement job is removing the unit from the tight quarters on our coach. Essential equipment is a floor jack and blocking to lower the unit. (Weight is probably 50 lbs. after the tank is drained.) Of course you'll want to tag all the wiring and hoses for correct re-connection.

The replacement pump from PG (PN 800301) is a complete pump - the two sides of the case separated by the gear plate. See picture 2 - Old + New Pump. The old pump with broken drive gear is on right, the replacement half of the new pump is center, the "top half" of the new pump is left. The "top half" is not used because the machined port plate serves as top half of the pump case.

In general appearance the new pump seems to be a match for the old one. But there are a couple of things that don't fit the old model system. The new pump case is not as deep so the new and old bolts are too long. The big issue, however, is that the drive gear shaft does not match the motor shaft. The blade at the end of the new shaft is wider than the old and will not fit the slot at end of the motor shaft. The good news is that the other components are identical.

The new pump "as is" will not fit the old system. However, it was a relatively simple task for a local hydraulic pump repair/machine shop to remove the gears from the new shaft and install them on the old one. The new gears and matching gear plate, on the old shaft and case were bolted to the port plate and engaged with the motor shaft. Cost at the machine shop was less than one labor hour.

Bottom line - I was able to repair the leveling system on our vintage Discovery for about $350. I did report the "fix" to the Power Gear Tech Support staff.

Contact me through the DOAI B-Board email if you want more info and pictures. 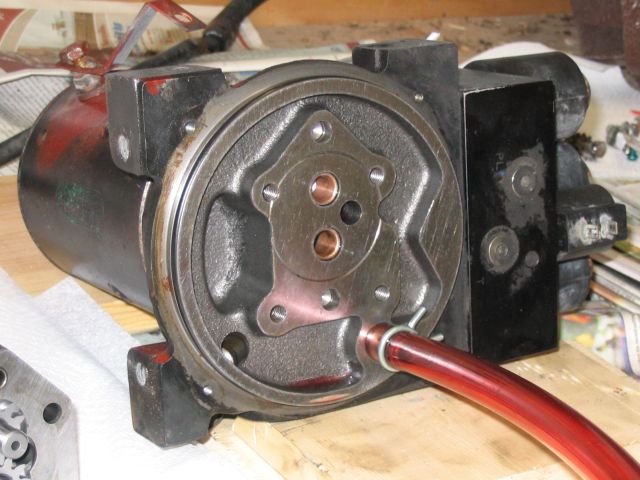 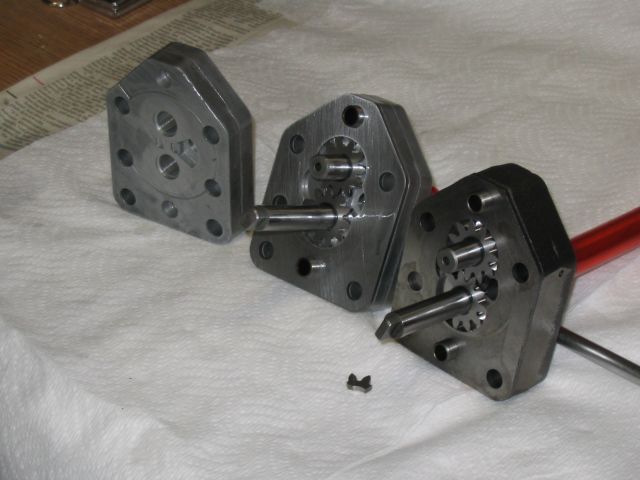