This article describes a simple procedure to add a warning light should your fuel pressure drop below 2 psi. Gee, why do I need this? Well, how does saving yourself at least $2500 and a lot of grief sound?

Member Glenn Camp came up with an easy procedure to add a warning light that will advise when the fuel pressure drops below 2 psi. Here is the procedure, as described by Glenn:
The part comes from Cummins and the part number is VP44CLK2Y and the description is "ISB 2PSI Pres Fuel Switch". The price is $76.50.

This is basically a 2 PSI pressure switch that shorts to ground when it does not see the 2 PSI and illuminates the pilot light on the dash.

Note that several weeks after Glenn's installation, the warning light came on! However, he noticed that the light came on as he depressed the accelerator but it went off when he release the accelerator. Glenn (bravely) diagnosed this as a weak fuel pump and was able to continue to a Cummins service center where the problem was diagnosed as a weak fuel pyump that was about to fail!

Here are some pictures of Glenn's installation. One picture shows the light on the dash andthe other pictures show the installation at the engine. Click on one for a larger view. 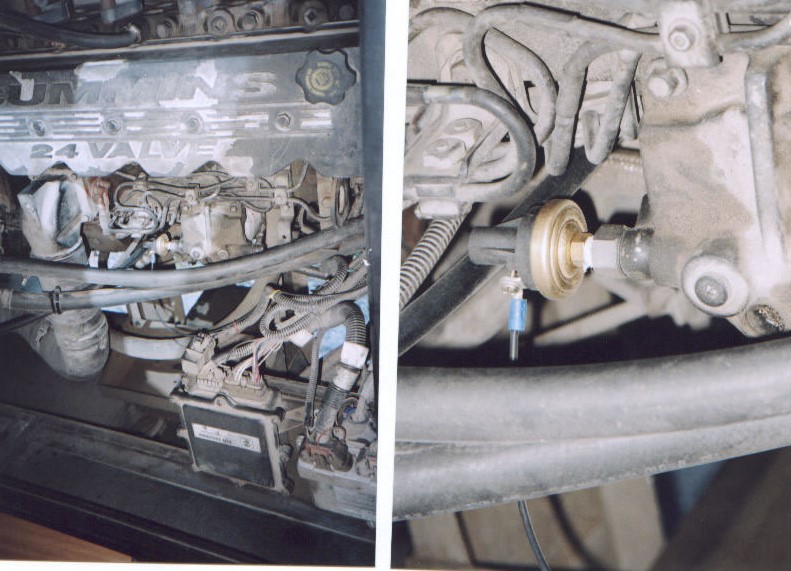 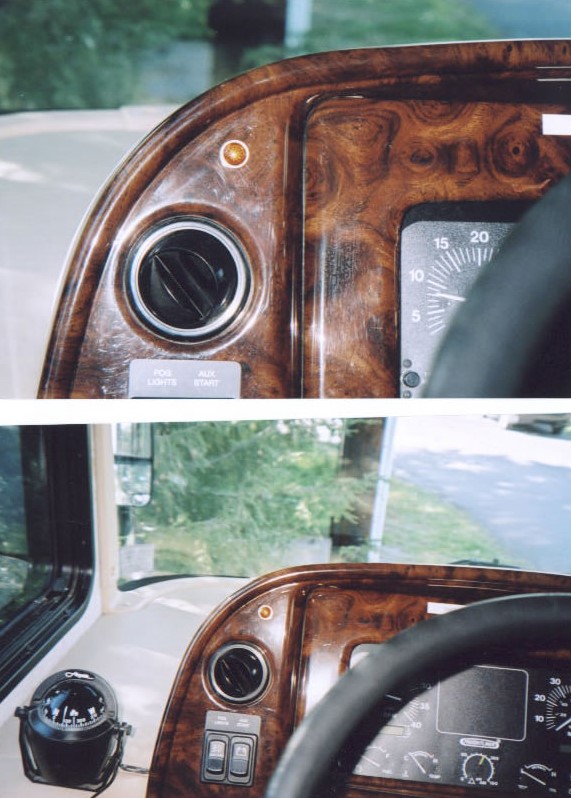 I have an additional update. While traveling to Alaska with 5 other Discovery member families this summer I had an additional experience with the fuel pump warning light.

In northern Canada the light would intermittently flash a few times but never stay on. I began to wonder if there was a loose connection etc. however after thinking about the circuit realized that a loose connection would not cause this problem unless I had pressure below 2 PSI. As I had a new fuel pump installed before leaving felt that the pressure switch I had installed must be going bad. I called Cummings in Roanoke, VA where I purchased the pressure switch kit and also where the new fuel pump had been installed and the service manager felt I must have gotten a defective switch.

Several weeks later I was in Fairbanks, Alaska and for peace of mind I decided to go to Cummins and have the pressure checked on my 2 month old fuel pump. The normal pressure should be no less than 13 PSI and normally 15 PSI. They installed their pressure gauge in line and guess what, my pressure at idle was only 5 PSI and at 2000 RPM was dropping to just under 3 PSI. This explained the fuel pressure warning light repeatedly, intermittently, flashing on and off when there was demand on the fuel system.

Cummins replaced this pump under warranty and the warning light has not come on since.