Not only did we want a flat screen HDTV in the front of our 2005 39L, but we wanted the cabinet to be more shallow -- we had hit our heads several times too many on the protruding cabinet.

After a lot of searching, Bob settled on a 32" Samsung HDTV model LN-S3296D. That specific model was chosen because the speakers are on the bottom, thus allowing us to get a wider screen than the models with side speakers.

After removing the original TV, Bob unstapled the covering and padding and folded them aside. He measured how deep the cabinet needed to be, and then carefully cut away the excess wood ... approximately three inches. After a light sanding of the edges, he folded the padding and covering back and restapled.

The next problem was deciding how to mount the TV within the cabinet. Bob decided to use two 2x4 metal joist hangers inside the cabinet in a suitable location. This allowed him to place a wall mount adapter on the back of the TV and then he bolted a 2x3 piece of wood to that mount. With this set up he was able to place the TV on the joist hangers by simply lifting it over and dropping it down in. For further stabilization he placed a support lock on the back inside of each corner of the TV. He then fabricated a new front flat front bezel with openings to correspond with the new TV. He had to create a recess along the lower right side for access to the buttons on the TV, and a notch in the left side to allow the bezel to fit back all the way on the edge of the cabinet. The bezel was made out of alder and matches the color of the Windsor birch woodwork within our coach.

He put felt pads on the corner supports to eliminate squeaking of the wood against plastic. He also wrapped the 2x3 with felt and stapled it on to prevent the wood from squeaking on the hanger joist.

The TV is easy to remove if necessary. Remove the screws on the bottom edge of the bezel and the two screws inside top through the air vent. 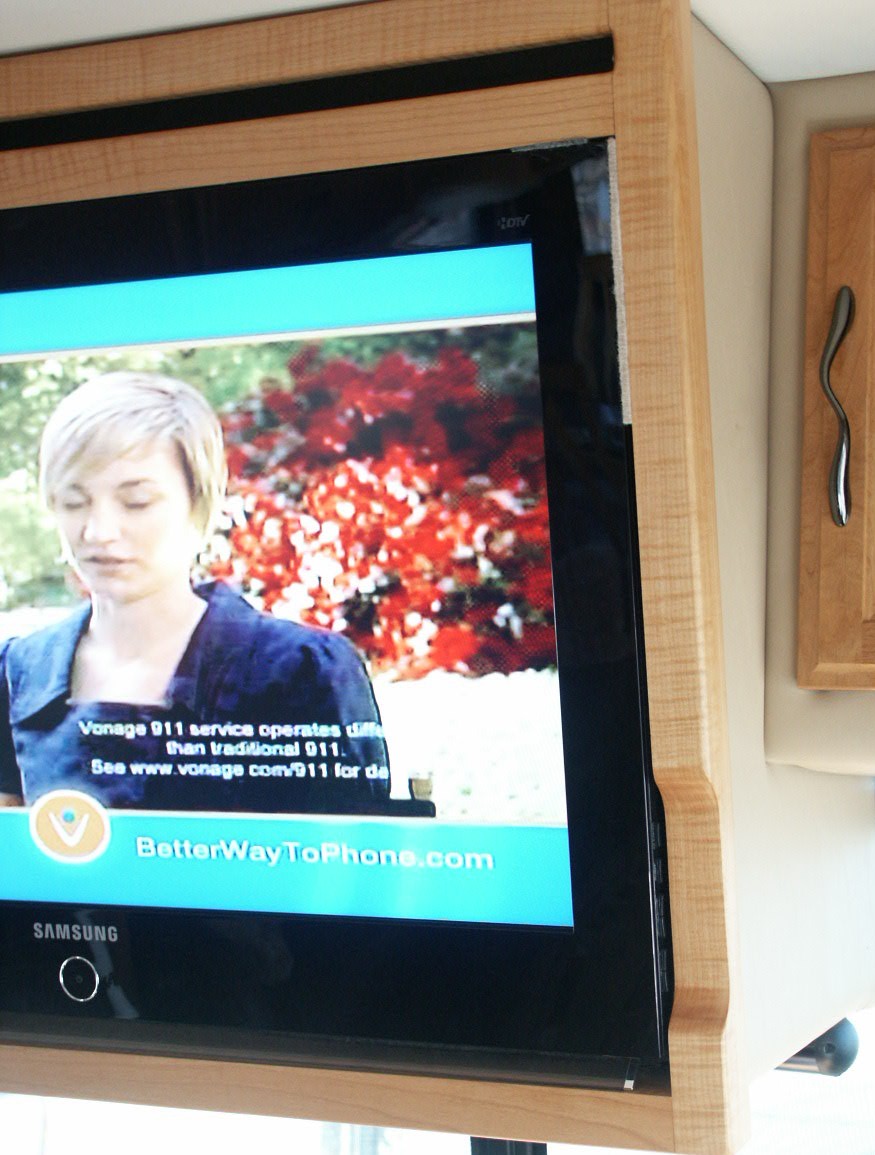 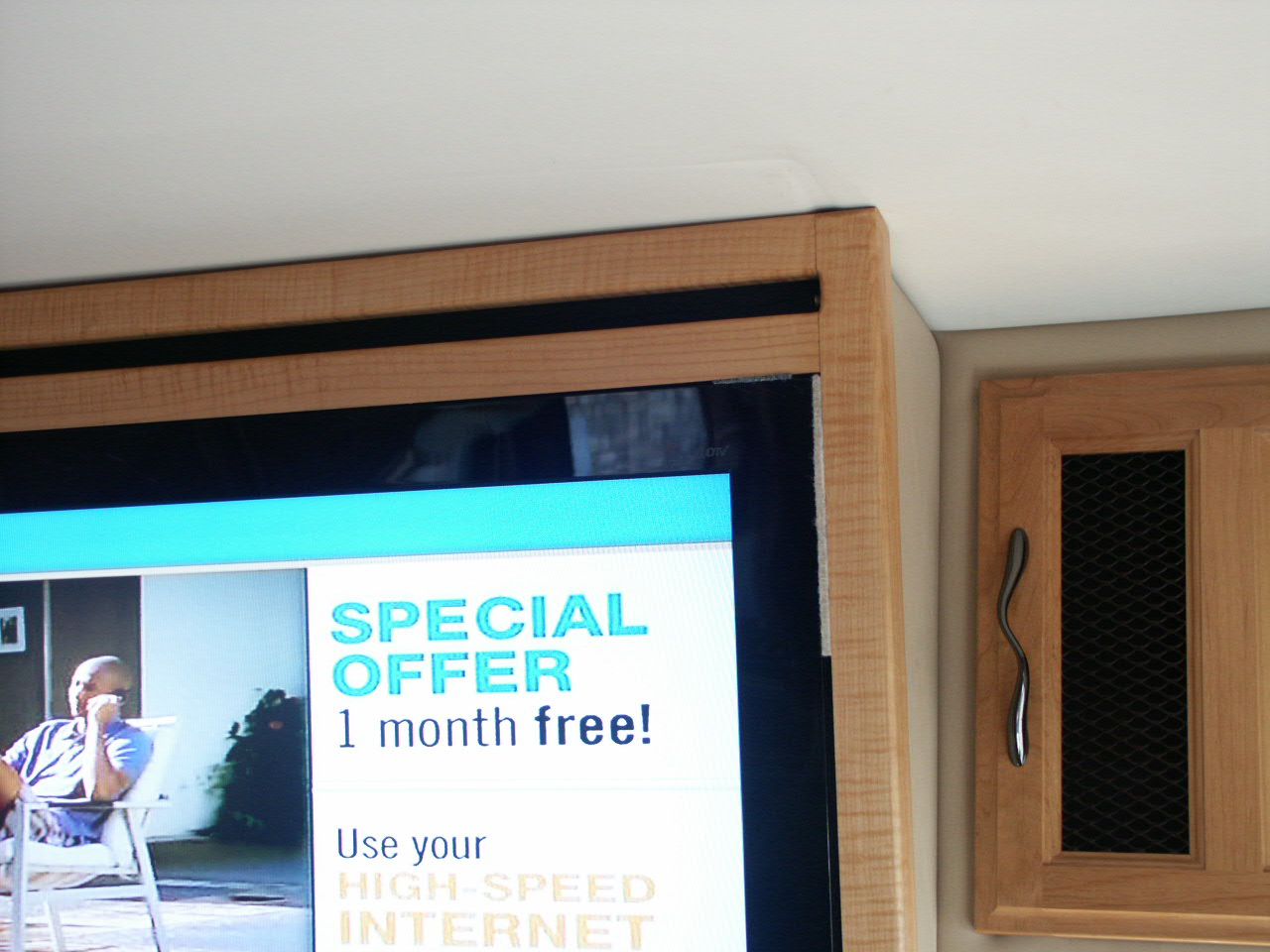 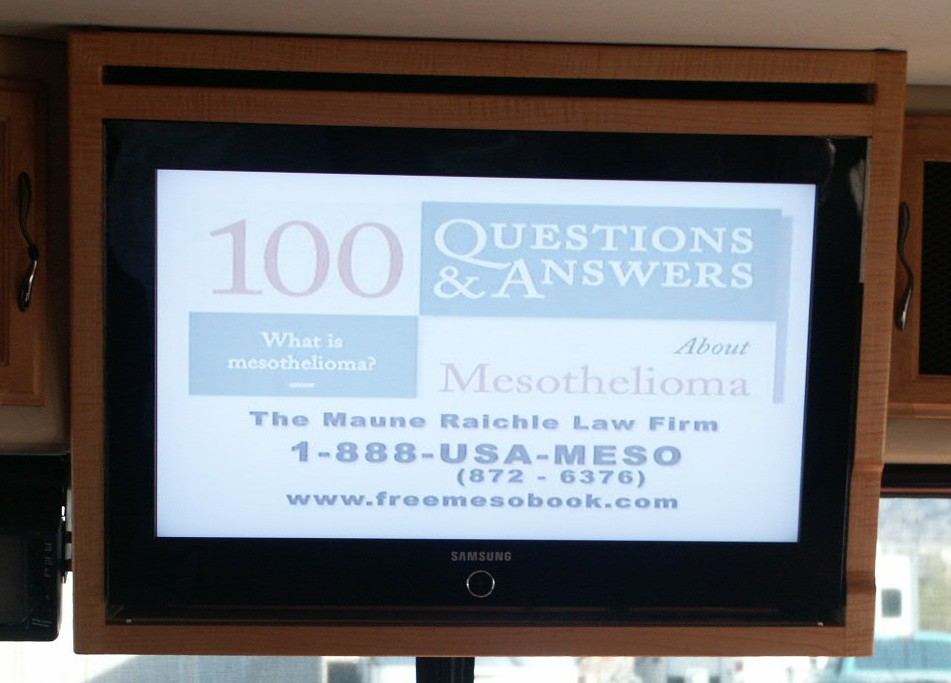